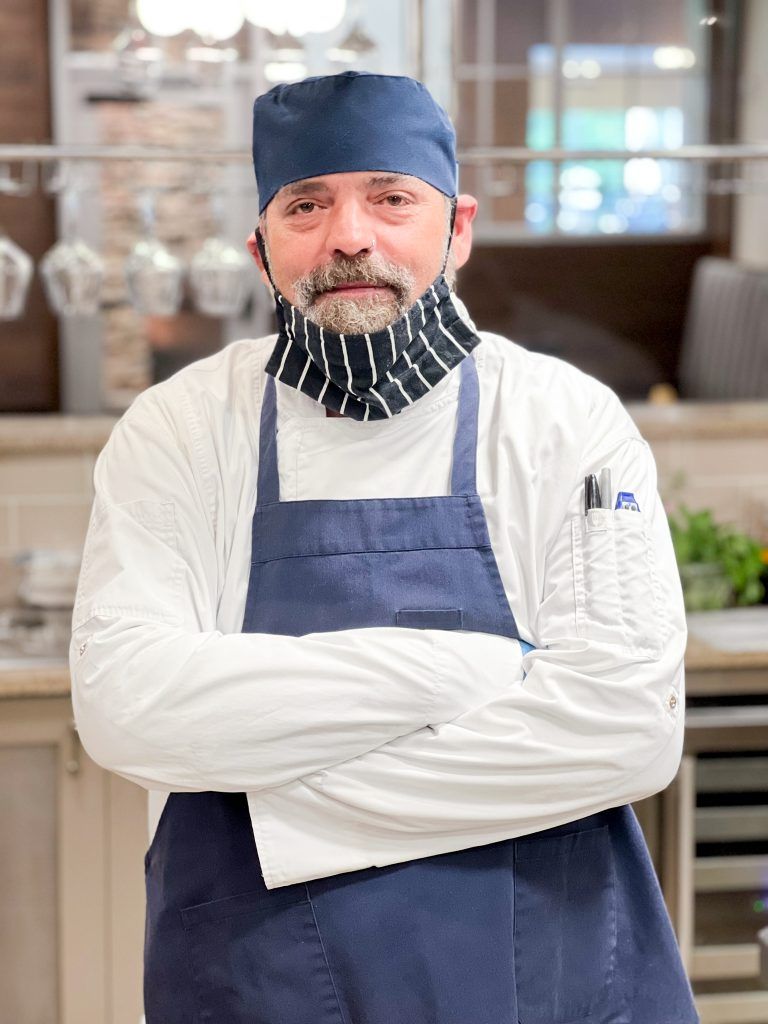 Chef David Sparacino, an Executive Sous Chef at Givens Estates, found his culinary passion at a young age. Chef Sparacino grew up in a big, Italian family of restauranteurs. He fondly remembers Sunday dinners centered around fresh bread and pasta along with late nights working in his father’s restaurant.

Chef Sparacino started his formal education with an apprenticeship under the American Culinary Federation. The apprenticeship program took him across the globe to learn a vast array of culinary techniques and recipes under renowned mentors such as Paul Bocuse and the CAST Alimenti school in Brescia, Italy.

During several decades, Chef Sparacino embraced the culinary vagabond lifestyle — moving with the seasons — from ski resorts in the Poconos to upscale country clubs in Caribbean waters. Chef Sparacino’s passion for cooking never dwindled, but as time went on, he craved stability and a less strenuous schedule.

Lucky for us, Chef Sparacino found his way to Givens Estates where he enjoys creating delectable dishes for residents daily. He values the challenge of cooking for the same people regularly, allowing his creativity and vast knowledge of global cuisine to shine for us all.

You might wonder what a super Chef like Chef Sparacino likes to cook at home. Contrary to what you might imagine (lobster, filet mignon, Miam! Miam!) Chef Sparacino prefers to keep it simple with well-crafted recipes featuring the freshest of ingredients, such as a humble mac n’ cheese or artisanal BLT with a seasonal, from-scratch soup.

Thank you, Chef Sparacino, for all you do at Givens Estates!

If you would like to see how pasta is made, check out Chef Sparacino making pasta for a recent event.