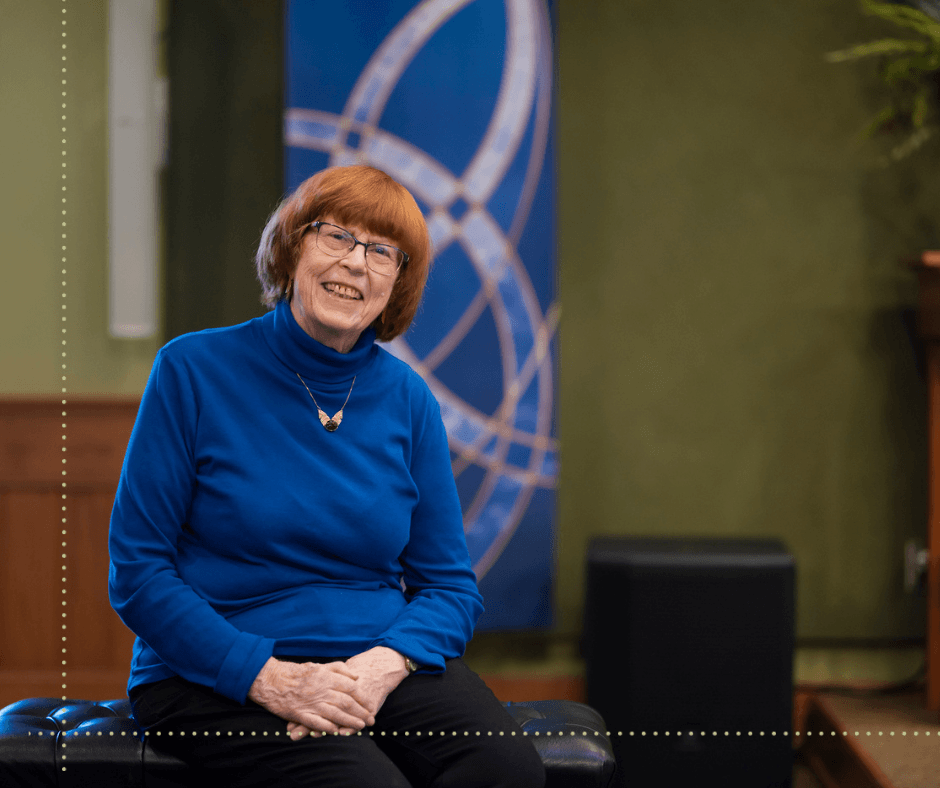 An interview with Barbara Turner, Givens Estates resident since June 2018.

Barbara Turner, a Givens Estates resident since June 2018, enjoys an active life with fascinating stories, perspectives, and an impressive resume, including teaching high school and working as a neuroscientist and medical educator. She is also a trained chaplain in the Jewish faith. Her passion and knowledge have expanded the spiritual offerings at her new home.

Before moving to Givens Estates from Johnson City, TN, Barbara spent more than a year researching retirement communities in the Tri-Cities area. She eventually expanded her search to Asheville, where she had relationships with people in the healing community and the Jewish synagogue. One of her friends recommended Givens Estates.

Barbara was immediately impressed by its diverse selection of activities and opportunities. It seemed like a good fit where she could be treated “as an intelligent human being” and with dignity as she aged. However, the community’s affiliation with the Methodist Church gave her some pause on how her beliefs might fit in. Still, after two visits and meeting other community residents, she moved forward with her plans.

Shortly after her move, Barbara met with Ed Hillman, the Givens’ Ministries Director, for an open conversation discussing various topics, including religion and sexuality. To Barbara’s delight, she came away from that conversation feeling even better about her decision.

Barbara admitted she entered the community with a misconception about the Givens Ministries staff. She thought they only served residents of the Methodist faith due to their strong, decades-long affiliation with the United Methodist Church. She was thrilled to learn that Givens ministers to all the residents, regardless of faith affiliation.

Since her arrival on campus, Barbara has initiated several Jewish traditions. Friday evening Erev Shabbat services are now available at Givens as well as High Holiday services including Rosh Hashanah and Yom Kippur. A Passover Seder was hosted this year for Jewish and non-Jewish residents as well as guests from Jewish Family Services and the Jewish Community Center. Barbara has led spiritual teachings with a course entitled Aging to Saging: How to Become a Spiritual Elder, a topic that crosses all faith traditions and cultures.

Other resident interest groups have reached out to Barbara to broaden their understanding. The Dulcimer group wanted to learn more about the Dreidel game and the classic song tradition. She even taught Ed the Jewish ritual sequence of different types of blasts of the shofar, a ram’s horn traditionally used in Jewish services.

“I made absolutely the best choice. Moving to Givens Estates has allowed me to grow spiritually. I have made deep connections with people who I otherwise would not have met,” said Barbara. The Givens Estates community is fortunate to have Barbara’s leadership and contributions to develop spiritual growth among our residents.

Givens Estates, as part of Givens Communities, is a faithful partner of the United Methodist Church and offers meaningful support to people of all faiths. If you’d like to learn more about our spiritual offerings, please reach out to a member of our Ministries Team at 828-771-4800.